The new site & roadmap for the texture creation tutorial series

The frequency of new textures being released has been really suffering from it, but finally, the new site is up!

From a user’s perspective, there’s not a ton of new things, but the new version makes it much easier for me to manage textures and other content, like tutorials and blog posts.

What I’m most excited about on the user’s side are the new filter options: Previously, you could only search for textures by their name, but now you can also search for them by keyword.

If you’ve searched for ‘forest’ on the old site, only the textures that have the word forest in their actual title showed up. Now, other textures that could be used for creating a forest in 3D, like the tree stumps and the moss textures, will show up as well.

Also, you can now filter the textures by color, and the site should be more useful to people using large displays because /textures takes up the entire width now and can therefore display more textures at a time. The filters should be more intuitive to use now since they aren’t hidden behind a link anymore and you don’t have to press the search button after every change.

Now there are also instructions on how to use the various types of textures in Blender, with other software, like Unreal Engine and Godot, coming soon, too.

The patrons’ names now appear on the textures page as well, which I think makes sense, since the textures are usually why they became a patron.

Blender tutorials will be now indexed on /tutorials and will always come with a clickable table of contents and a text summary. (This is where the tutorials for the texture creation series will be added.)

The last thing that’s new is a (in my opinion) much cleaner and more consistent look: 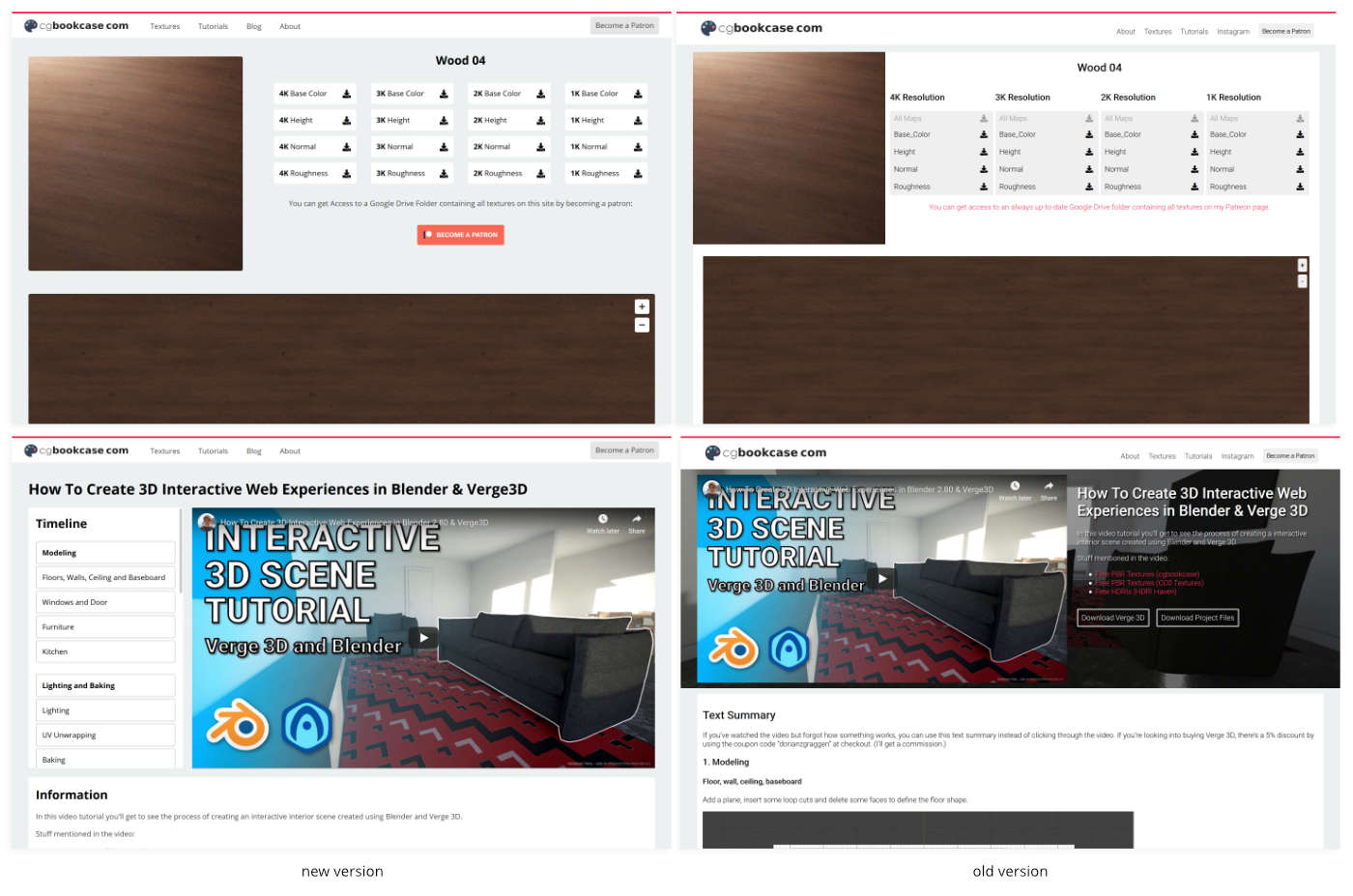 The texture creation tutorial series is highly, highly overdue. We reached the Patreon goal 10(!) months ago, and I’m really sorry that I haven’t released it yet.

At the end of this month (May 2019) I want to release the first video called ‘PBR Maps explained’. As the title of it says, you will get to know the different types of PBR maps and workflows.

The second video, which I plan to publish in July, is on creating PBR textures from start to finish. It will cover taking good photos, doing image corrections (defringe, etc.), stitching them together, making them seamless and then creating the maps.

The third video will show a different approach to creating PBR textures: Photogrammetry. I’d like to publish this one in July.

The fourth video, released in August hopefully, will be on shooting leaf textures in a quick DIY photo-studio. Since this video will be probably very short, it will also cover how to use your own leaf textures in Blender.

If you have any feedback or ideas for improvements of the site, feel free to tweet or email me.